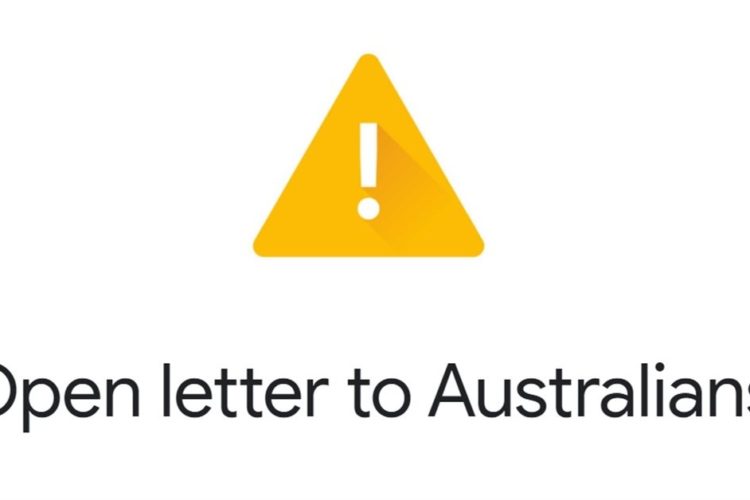 Google published an open letter to the people of Australia, where it spoke about the risks that may entail the adoption of a law to support local media.

“Proposed Law, News Media Bargaining Code [Кодекс ведения переговоров со СМИ], will force us to provide you with a significantly worse search experience on Google and YouTube, could lead to the transfer of your data to major news companies and jeopardize the free services you use in Australia, ”the letter said.

According to Google, the new law provides an unfair advantage to media companies at the expense of website owners, bloggers and small businesses.

Users’ data are also at risk: if the law is passed, then Google will be forced to provide publications with information on how to access this data, and will no longer be able to guarantee their confidentiality.

The company’s free services may also suffer as the law gives media the right to file Google “Huge and unreasonable” financial claims.

“We work closely with the Australian media, we are already paying them millions of dollars and giving them billions of clicks a year,” said Google.

In response, the Australian Competition and Consumer Protection Commission (ACCC) said that Google misrepresented the law. The regulator claims that the new law does not oblige the company to charge a fee for the use of its services and share additional information about users. Its purpose – fair pay for journalists posted by Google.

Recall that in July, ACCC accused the company of illegal collection and use of personal data.

And in June Google announced a new program in which he will pay the media for quality content. In the first phase, the program will be open to publishers in Germany, Australia and Brazil. Google plans to expand it to other countries in the future.