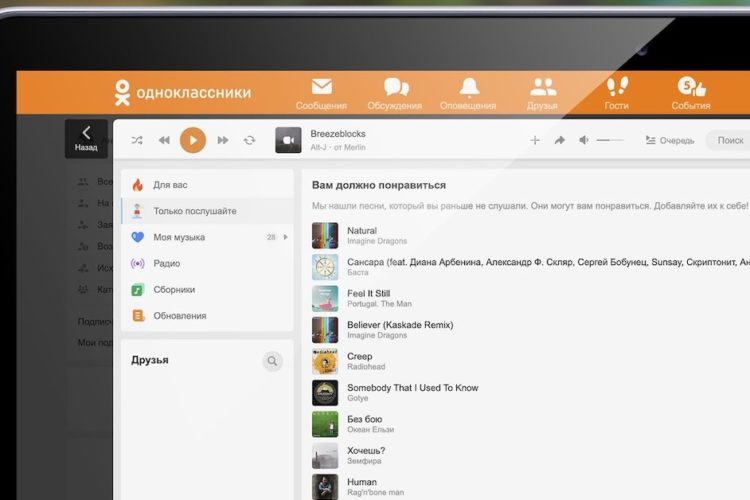 The social network Odnoklassniki launched the “Just Listen” section on the music showcase, which contains a selection of new, previously unheard compositions. The update generates individual playlists for each user using a neural network and helps to expand the musical horizons.

The new section is available only to active users of the Odnoklassniki music showcase – those who have listened to at least 15 tracks on the social network. The fundamental difference between the “Just Listen” compilation from the other section with the recommended music “For You” is a new approach to compilation. For this, two types of algorithms are combined: one of them is based on the history of listening and adding songs to playlists, the other is based on the analysis of the sound of melodies from the user’s albums.

Music lovers love to listen to the same songs several times, but at the same time, they want to regularly update their playlist with new products. With the appearance of the sections “For you” and “Just listen”, the user can easily cover both of these needs in the music service of the social network. The playlist “For You” is updated in real time, and “Just Listen” will be updated once a week since the release of the new feature.

The new recommendation section of the Odnoklassniki music showcase is available in the desktop version; in the future it will be launched in social network applications on iOS and Android, as well as in the mobile version of the site.

Let us remind you that earlier in the Odnoklassniki music service, an algorithm was launched that forms an individual preference profile based on the tracks you listened to and selects recommendations in the “For You” section. After the launch of the update, songs of young artists and unpopular genres began to get 10% more often from recommendations in users’ personal playlists.