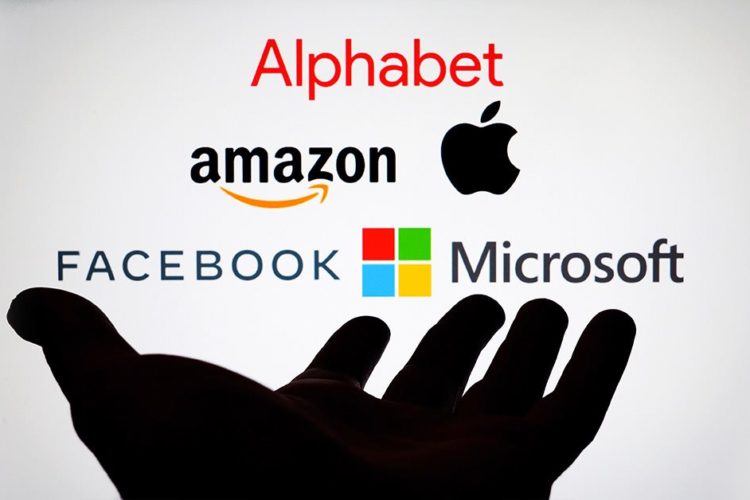 For the first seven months of 2020, the value of shares of the top 5 technology companies – Apple, Alphabet, Amazon, Microsoft and Facebook – grew by 37% in total. This is reported by The New York Times, citing data from Credit Suisse on Tuesday, August 18. At the same time, for the rest of the S&P 500, shares fell by 6%.

These five IT companies now account for 20% of the total value of the entire stock market – a level not seen in any industry for at least 70 years.

The COVID-19 pandemic ultimately proved to be a positive factor for the internet giants.

According to SimilarWeb, in March, Facebook and YouTube traffic grew by 15% and 10%, respectively, and in June Facebook reported an increase in daily audience for its services by 12% YoY.

That said, critics argue that companies have grown in part because of their anti-competitive practices. Meanwhile, the European Commission has launched an investigation into Apple, and the US authorities continue to study the activities of the largest IT companies.

Last month, the heads of Google, Apple, Facebook and Amazon answered questions from the US Congress on antitrust investigations.

Meanwhile, new companies can still enter this market. For example, as happened in the case of Zoom. Since the start of the pandemic, the company’s share price has risen more than 150%. Another such example is demonstrated by TikTok, which continues to rapidly gain popularity. Although it may soon be acquired by Microsoft (or Oracle).

Experts also note that the rapid rally observed in technology stocks could be the result of over-optimism, and their value could fall in the future. However, if companies continue to post huge profits, they will still make up a significant share of the stock market.