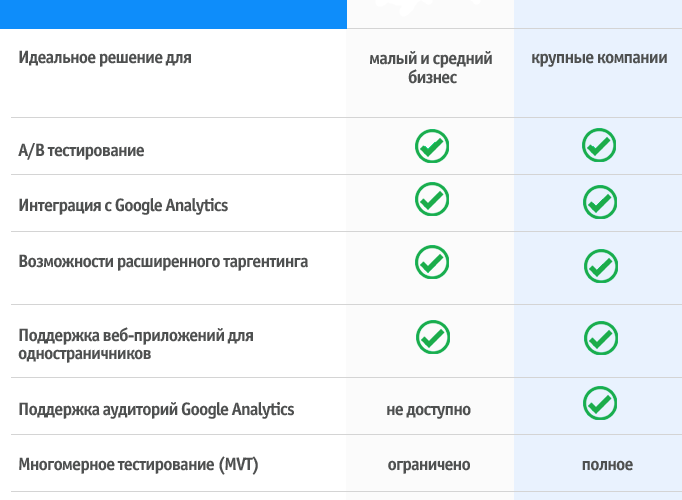 When working with a project, very often ideas for design changes arise that could increase the number of conversions on the site. However, it is far from always possible to implement this, since it will be necessary to involve a programmer to make changes on the site. In addition, it is not known in advance what exactly such changes will lead to.

But thanks to A / B testing services, it is possible to create experiments with which you can track exactly how changes on the page can affect the performance of your site.

A / B testing Is a comparison of two pages with different designs at the same time and under the same conditions, in order to find out which one works best for a specific goal.

After the experiment, you can understand whether a new idea has a right to life. If at the end of the period the results are positive, then the reports should be shown to the customer in order to convince him to add them to the site. If the experiment gives negative results, you can turn it off immediately.

In the fall of 2016, Google announced beta testing of a free service for A / B site testing. Such services existed before, but they were difficult to use and, sometimes, even for testing small tasks, it was necessary to involve programmers.

In turn, Google Optimize is very easy to use. To get started with this service, you just need to create an account in it, insert the code on your website through Google Tag Manager and link your Google Analytics account to your Google Optimize account. You can learn more about the installation, as well as the types of experiments in our article on safely testing the site interface with Google Optimize.

The main advantages of the paid version:

A task: for the period of the promotion, test the landing page by adding an additional promotion text to it.

Decision: Using Google Optimize, an A / B test was created that compared landing page options with and without promo text. The traffic was distributed 50% to 50%.

The goals of the experiment were: “Transaction” (main goal), “Add to cart” and “One-click purchase” (additional goals). 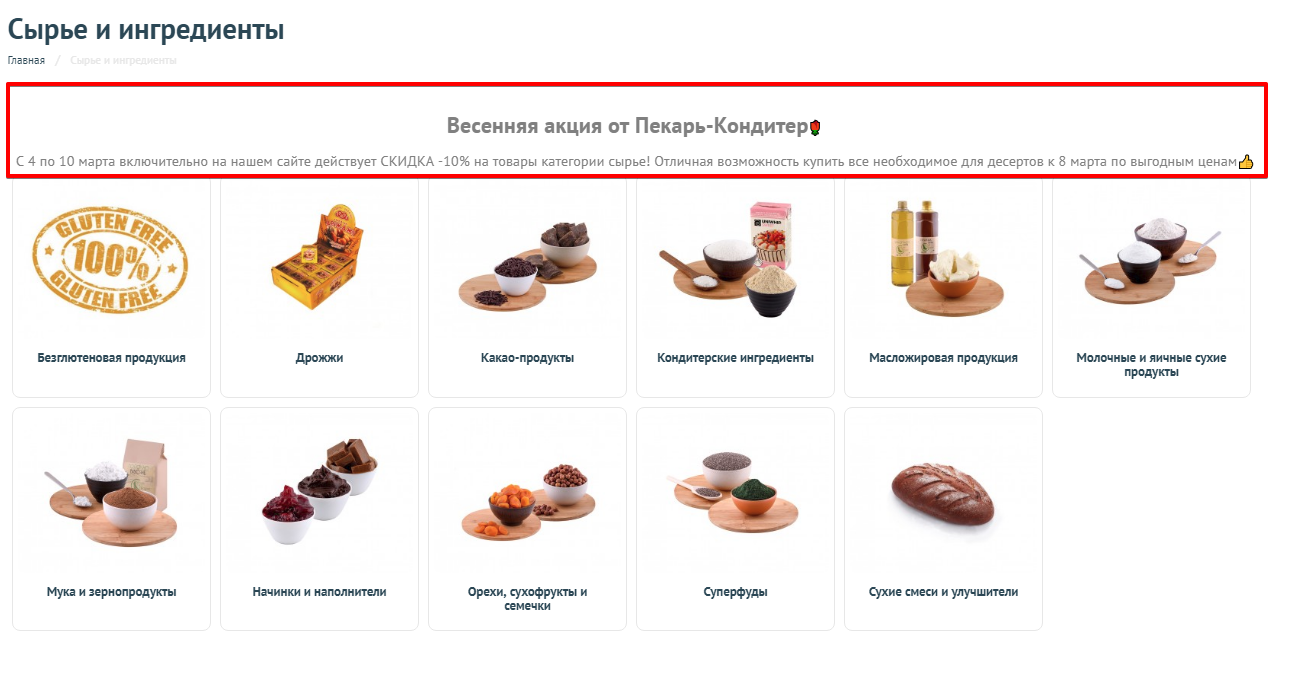 The experiment lasted 6 days (in general, the recommended experiment duration in Google Optimize is 14 days, but the promotion lasted exactly 6 days), during this period there were totally 511 experimental sessions, which were distributed as follows:

While the experiment is running, the results of changes for each set goal can be viewed in real time in the “Reports” section. After completion of the experiment, all data is saved for analysis. 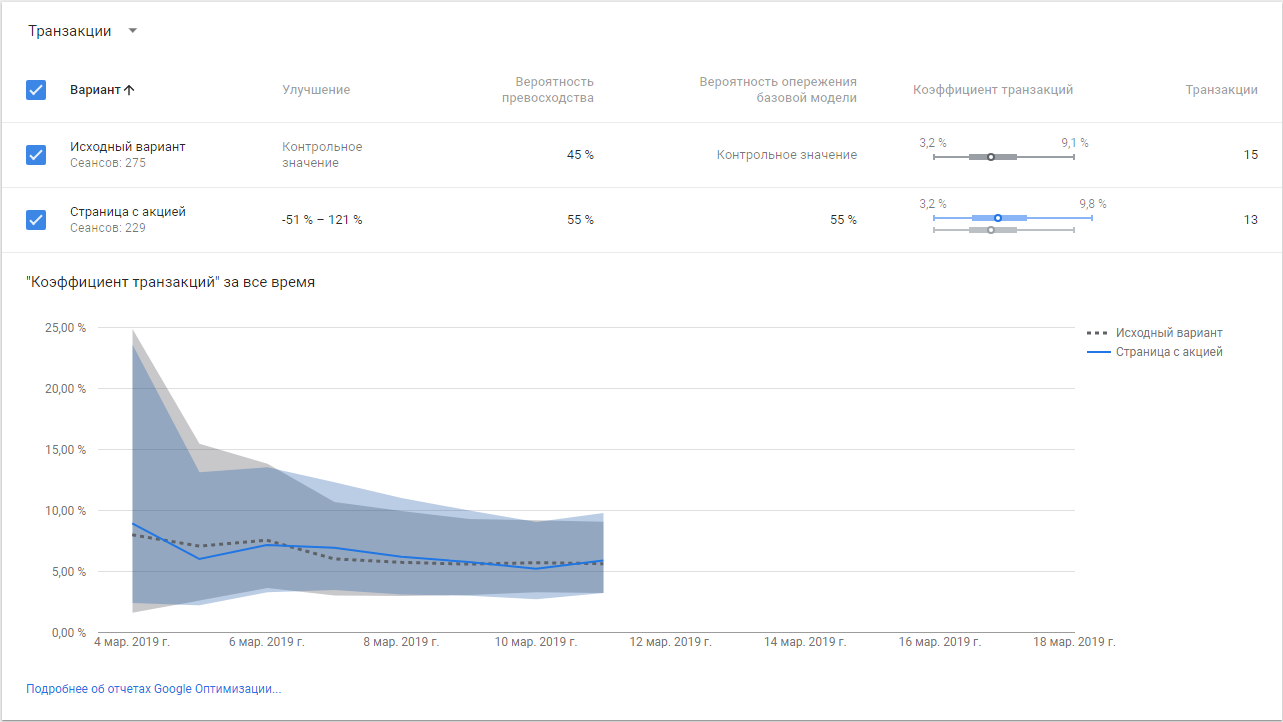 As you can see from the screenshot, over the period of the experiment, the page with the promotion was inferior to the main one only by the number of transactions.

However, Google Optimize gives more preference to the page with a promotion and believes that it outperforms the main page in a ratio of 55%: 45%.

Also, the page with the promotion showed a higher transaction rate: 5.9% versus 5.6% of the original page.

This means that in the long run, the stock page will perform better than the main page. 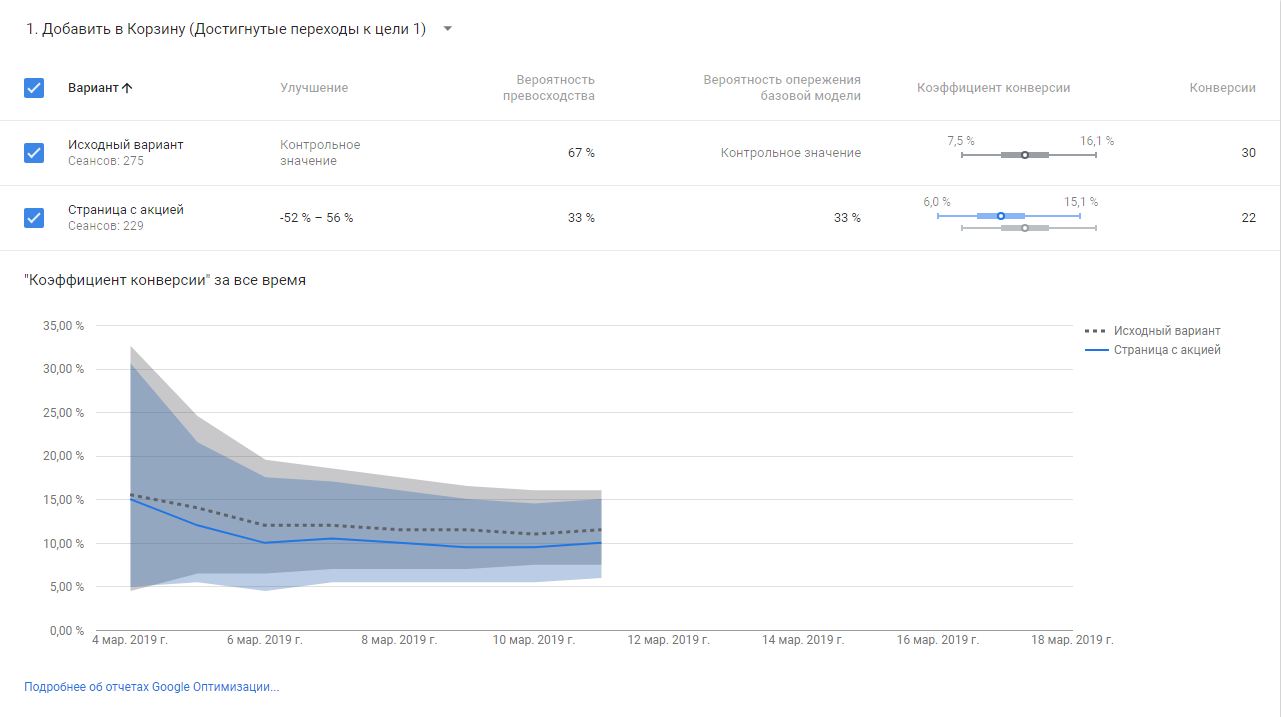 Within the framework of this goal, the page with the action performed poorly, losing absolutely in all respects. 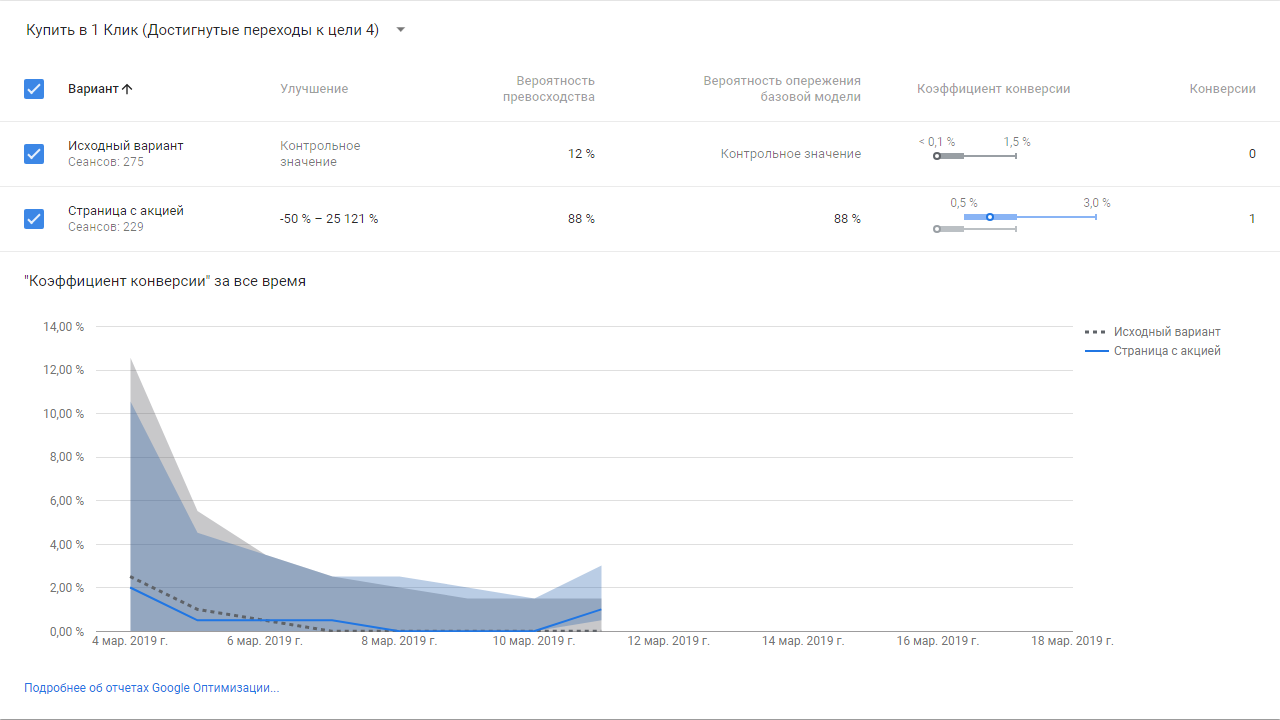 But for the “Buy in 1 Click” goal, the page with the promotion surpassed the main page in all respects, showing an 88% probability of superiority.

According to Google Optimize recommendations, the experiment can be stopped when the probability of superiority is 95%.